In Airships: Conquer the Skies, players construct steampunk vehicles and use them to conquer the world and compete against other players. Ships are shown in a side-on "ant farm" view, with air sailors running around, manning the guns, carrying ammo, putting out fires.

Air combat is a visceral thing: ships ram and push against each other and boarding parties use grappling hooks to invade enemy ships. Below, giant landships move on legs and tracks. Nature has its own terrors: sky krakens with tentacles that grab and devour crew, house-sized spiders and horse-sized spiderlings, dragons to fear and tame.

Can you build the strongest airships, use them skilfully, and conquer the skies?

I started developing Airships at a frankly angry point in my life. I had just found out that a startup I had been working for had been out of money for quite a while, its founders secretly at war with each other. I had a giant hole in my wallet and a visceral desire to see large explosions.

So I dusted off an idea I'd had about a year before, about an airship construction and combat game with a side-on perspective, and started work on a prototype. I also blogged in detail about my work, describing the initial project setup, data structures, and design decisions.

Immediately, this new project, meant to be only a distraction, was met with a very positive response. Encouraged, I continued working on what was rapidly turning into a full-scale game project, and in spring 2014, I released a first, very early version on itch.io.

I made two conscious decisions right from the start: I would get a first working prototype to players as quickly as possible to get feedback and build interest. And I would charge for the game right from the start. You have to value your output as a creator.

As the game developed and grew, it attracted a growing audience that was instrumental in helping me develop the game. The game now has a strong community of players and modders.

Ever since I spent hours in the Master of Orion II ship designer as a kid, I wanted to do a game about ship design. Originally, the plan was to make one about spaceships, but it occurred to me that airships would make for a more fun game. Instead of metal boxes floating in the void making pew sounds at another, airships are up close and visceral. Cannons fire, wood splinters, ships crash into one another, air marines leap between decks, rifles at the ready.

The 2D side-on aspect was inspired by Cortex Command, where I always had the most fun just using a drop-ship to smash and burn up my opponents rather than bothering with the guns.

Visually and thematically, the game is a big tent of all kinds of Steampunk influences, though Phil and Kaja Foglio's Girl Genius comics deserve a special mention for their enthusiasm in the realms of mad science.

Developing the game has also led to me acquiring a number of new interests. Some of them are obvious, such as the history of naval weaponry. Others are more oblique: Because I wanted the in-game factions to have nice flags, I got into the ancient and weird art of heraldry, which turns out to be a fascinating mix between history and graphic design, with the occasional awful pun thrown in for good measure.

ZIP of media and screenshots for the Coop & Conquest update. 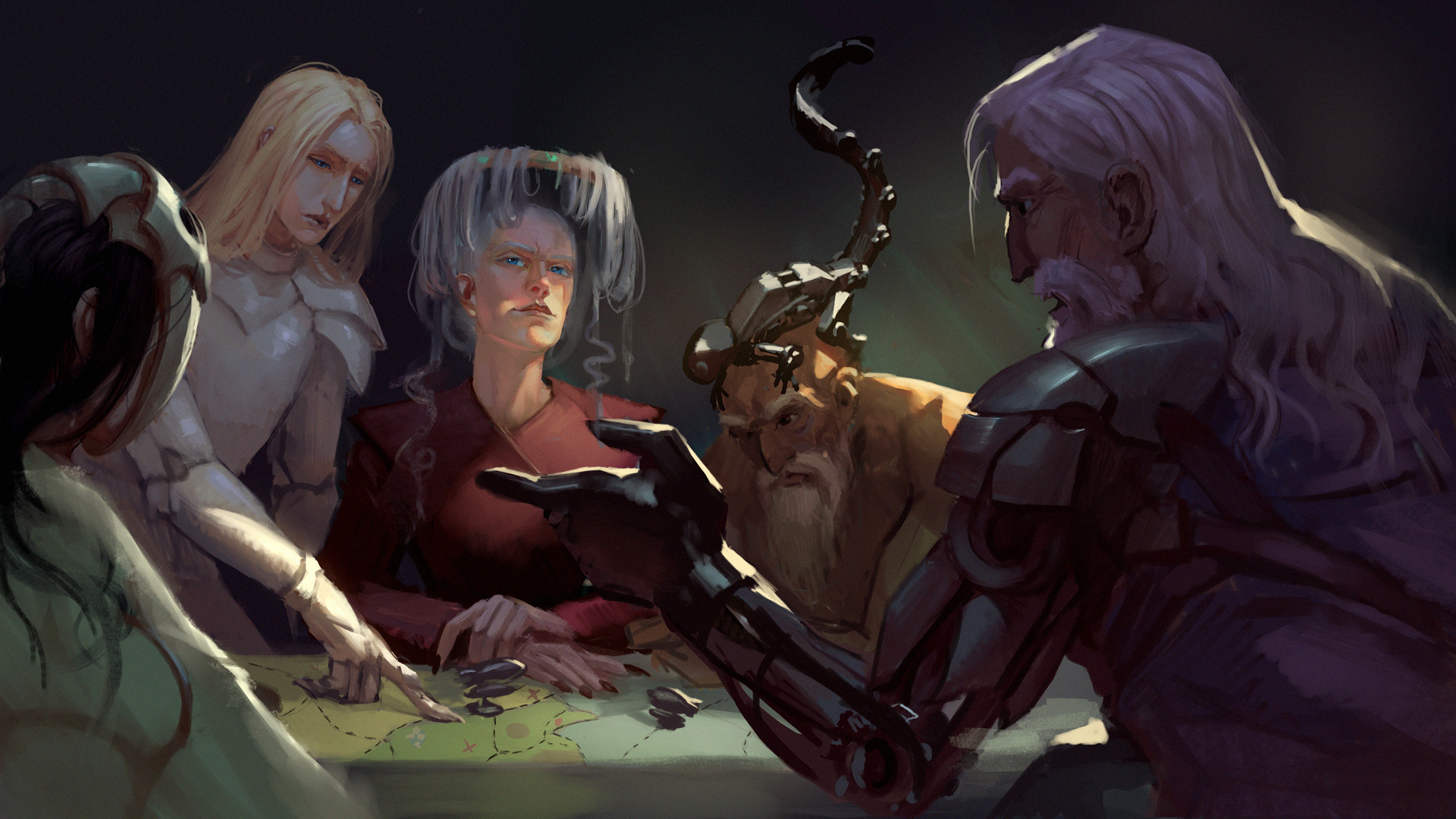 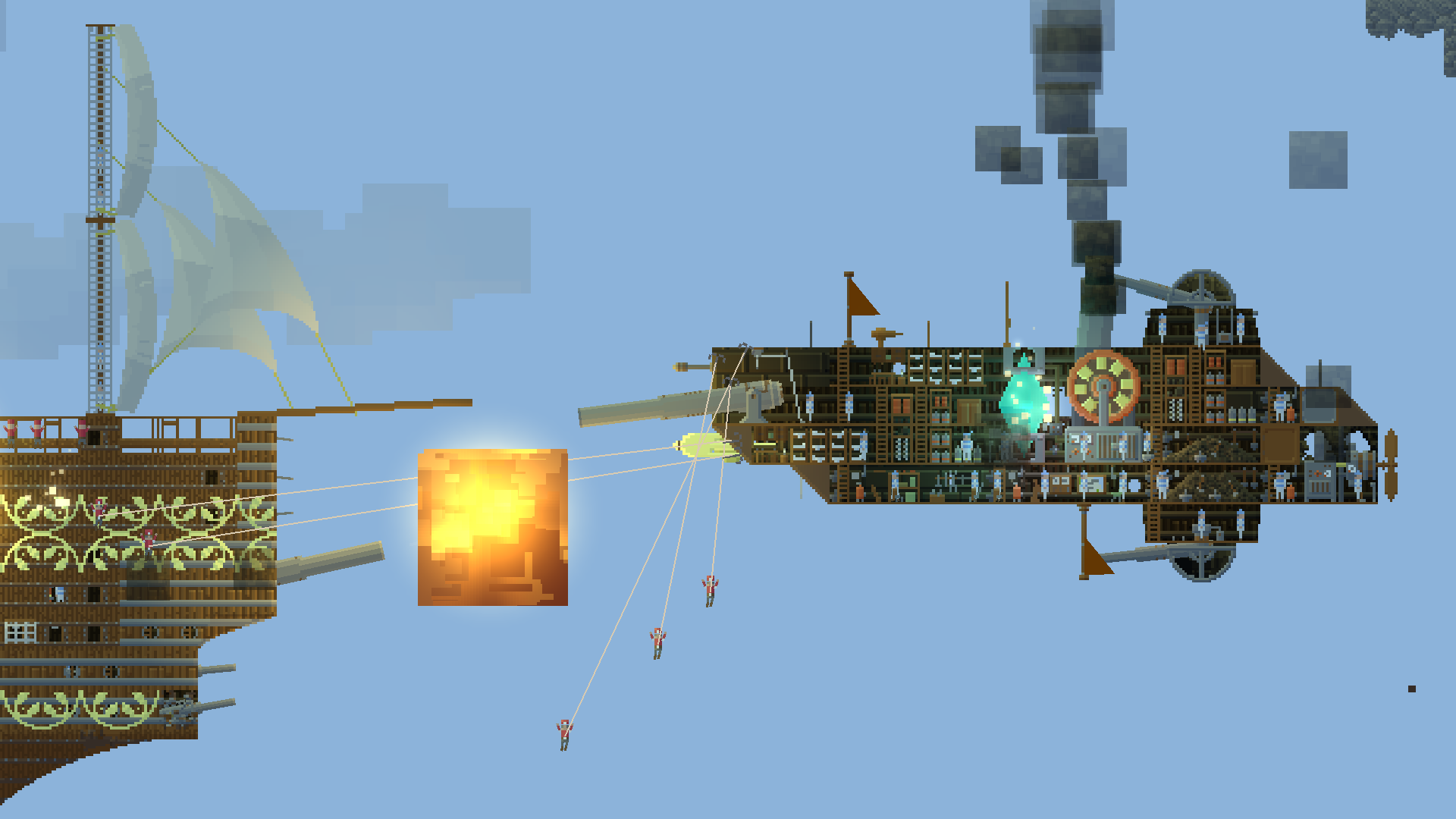 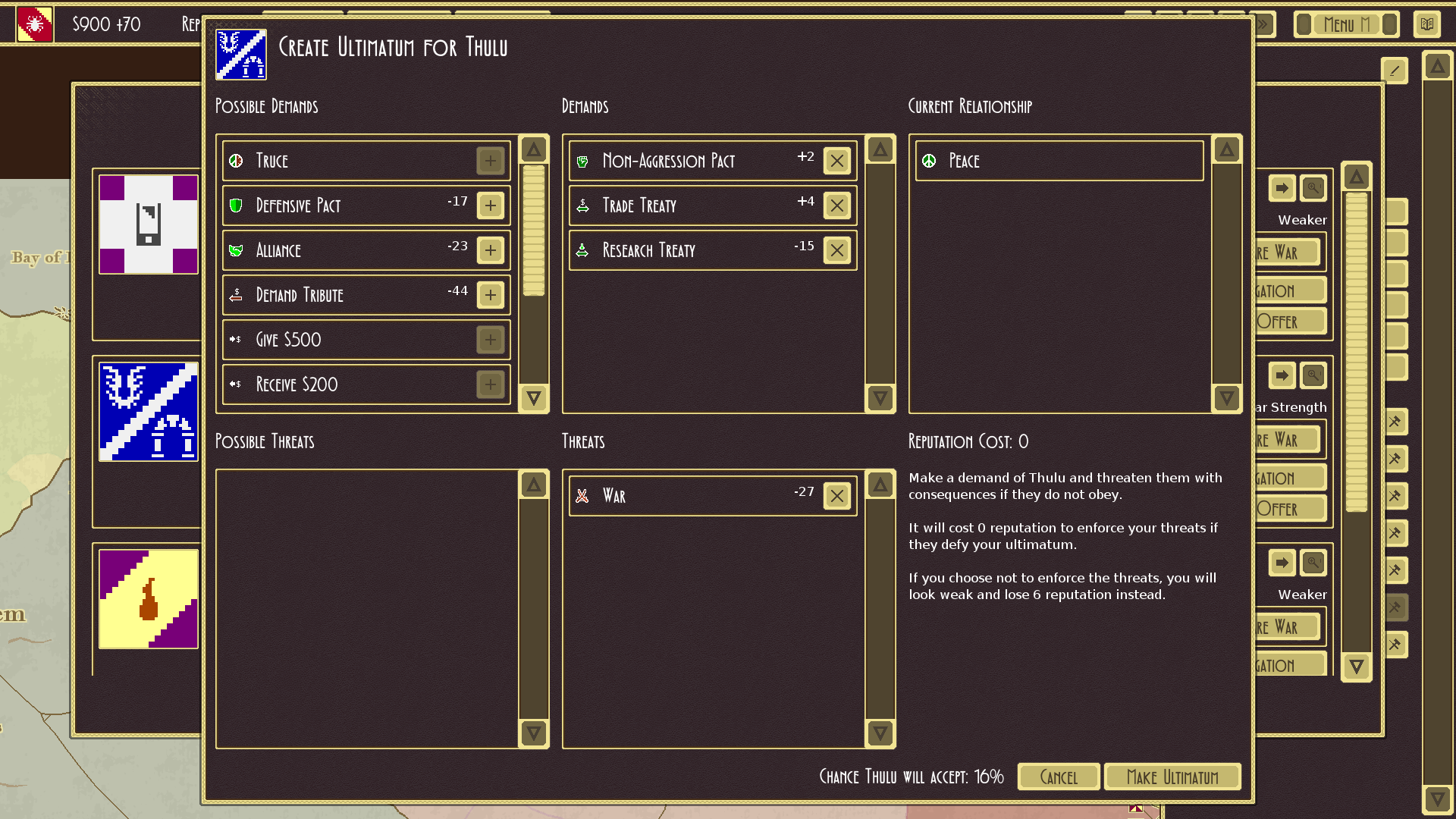 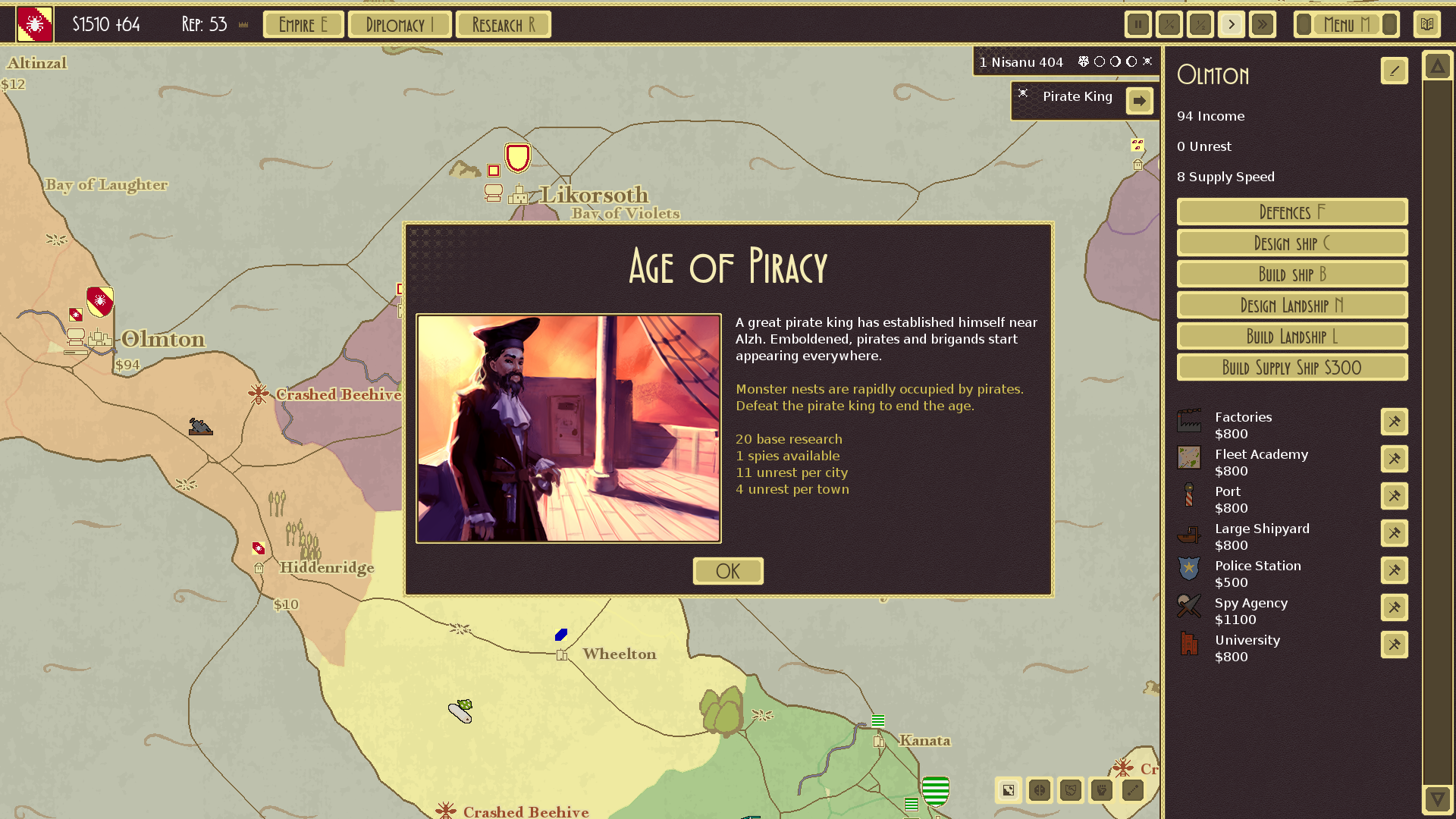 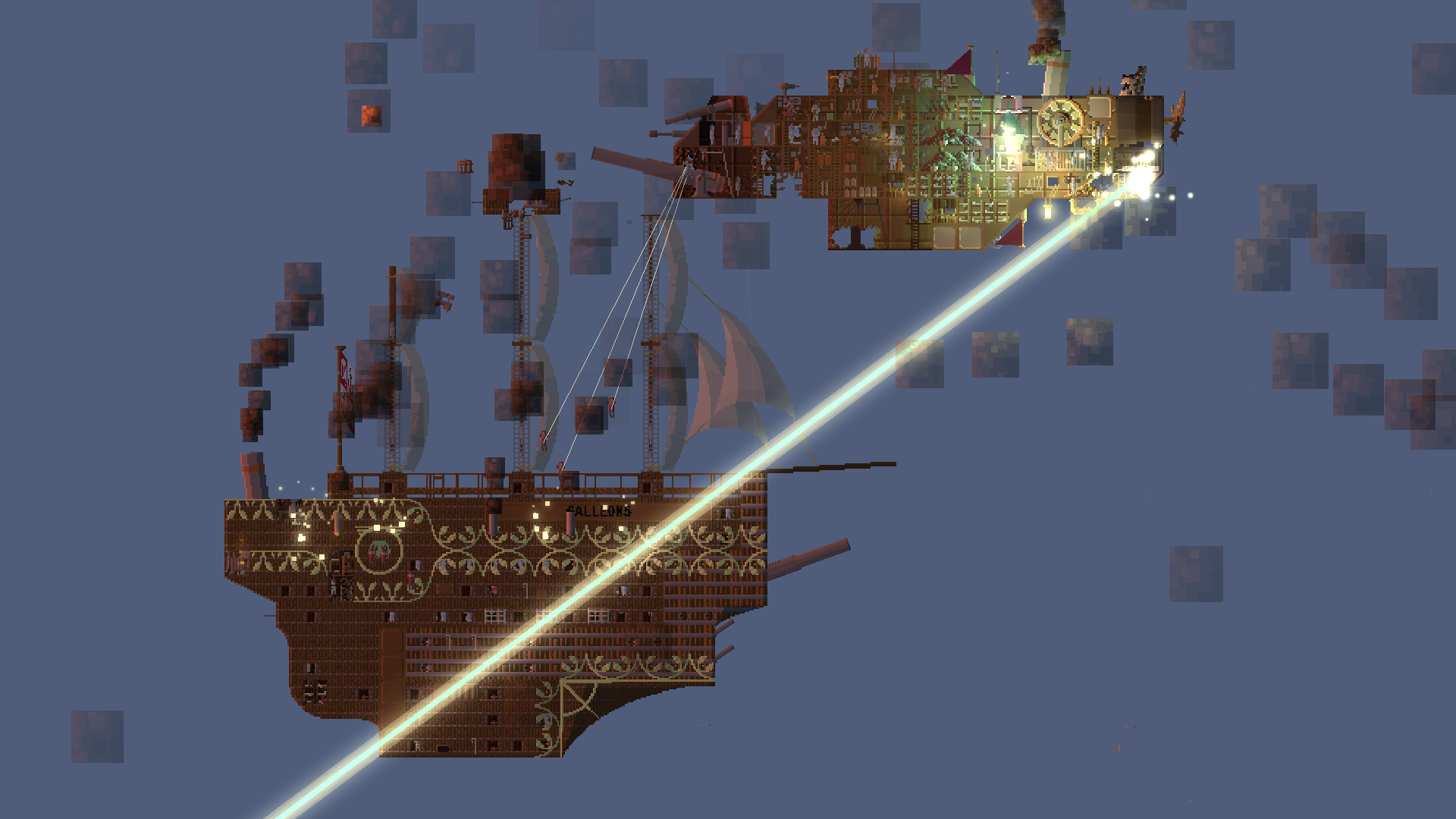 ZIP of logos and screenshots of version 1.0, including high-res images suitable for print. 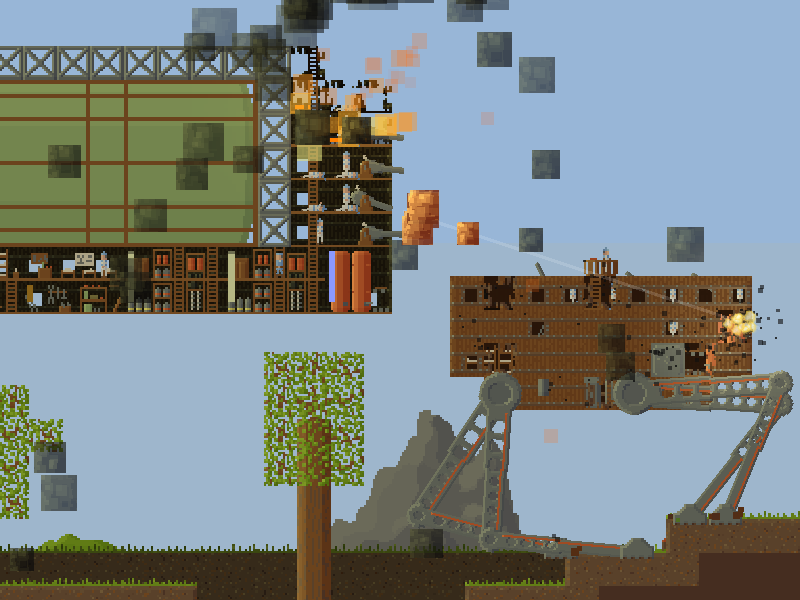 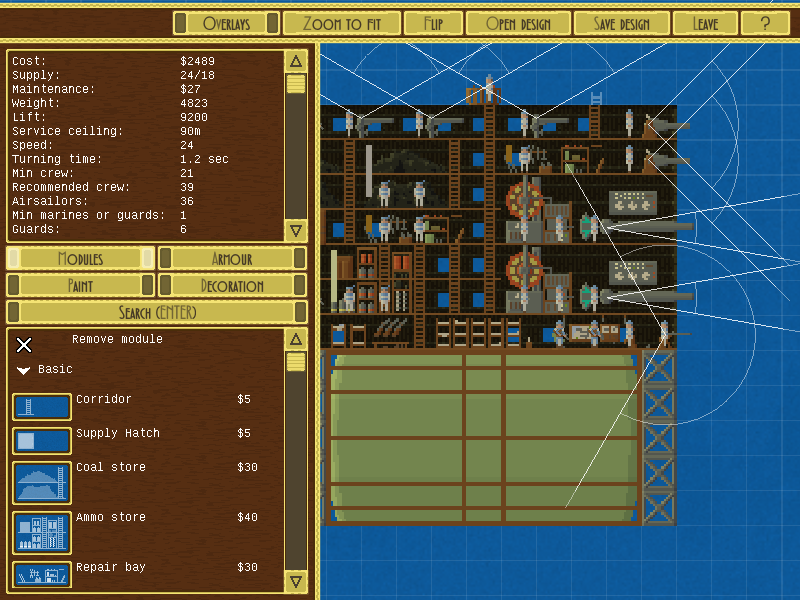 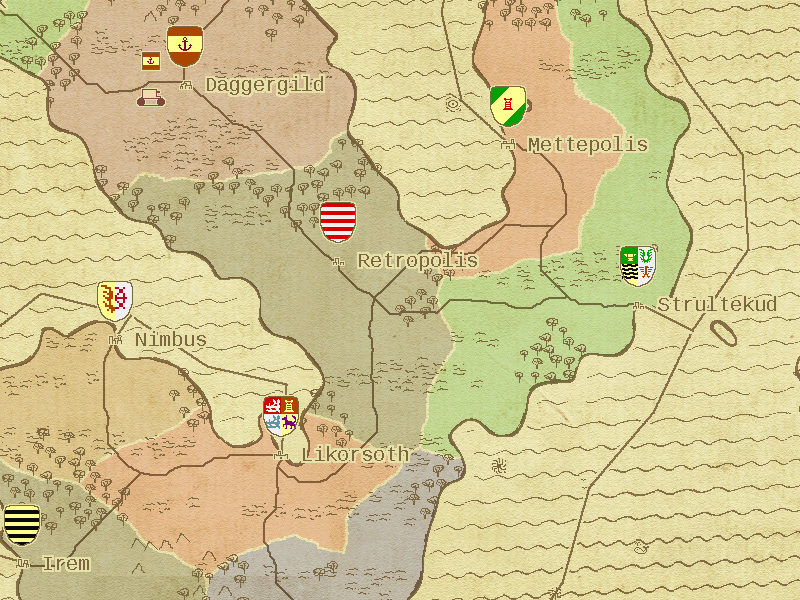 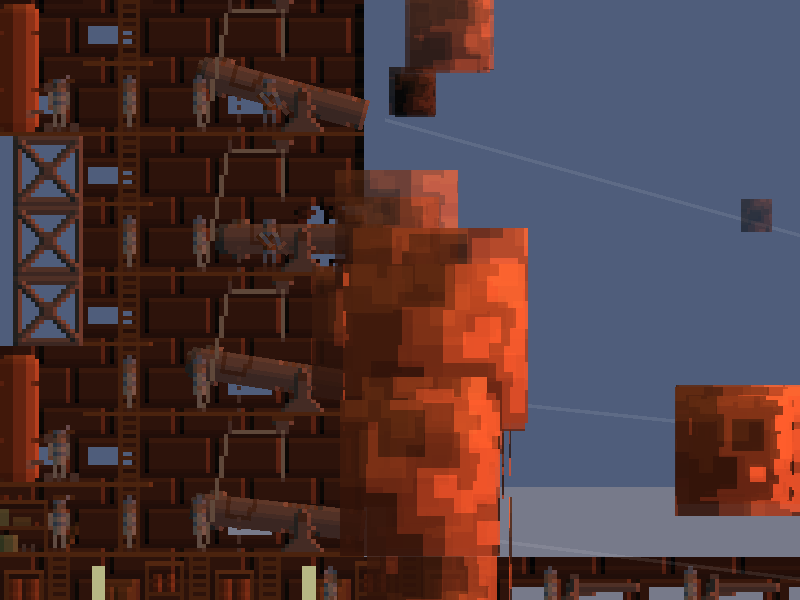 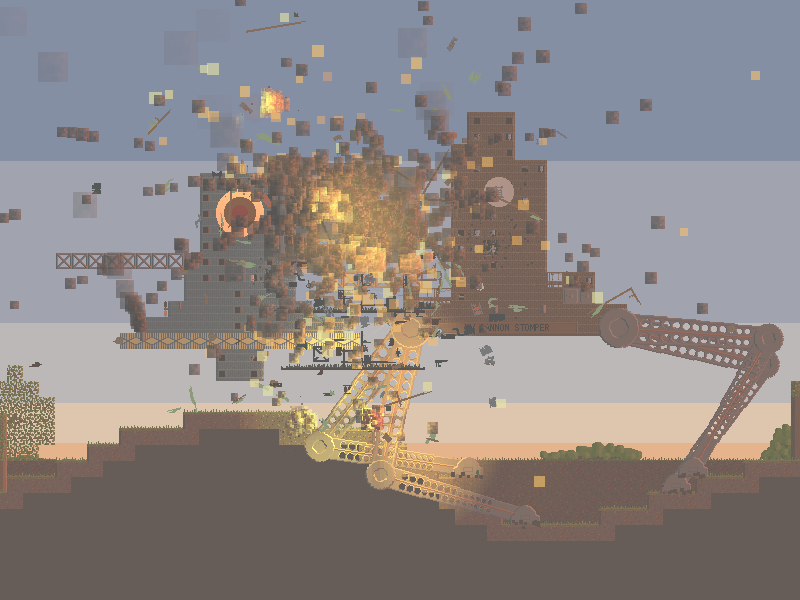 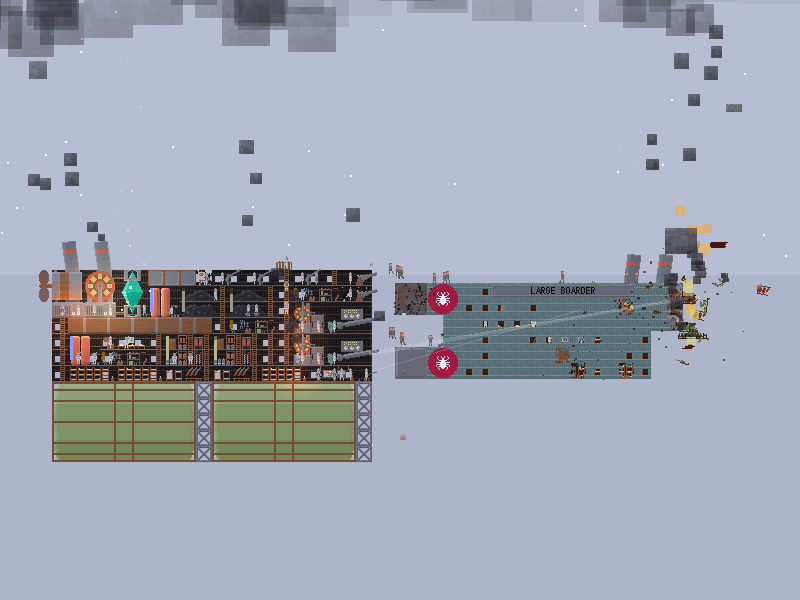 You are hereby explicitly allowed to create and distribute video content based on Airships: Conquer the Skies and monetize said content.