Rae and I came across Flag Stories, a pretty entertaining website doing various tallies and comparisons of national flags. One set of images was "averaged" flags for each of the continents - taking the layouts, colour schemes and symbols most common to the countries there. There was also a "World Flag" that took the most popular elements of them all, which ends up with a pretty but nondescript red-white-blue horizontal tricolor with a blue star. 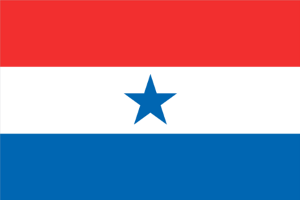 Of course, that wouldn't really fly (ouch) as an actual flag of the world. It ends up looking very European, and not really representative of the planet as a whole. There recently was a very pretty proposal by Oskar Pernefeldt using seven interlocking circles on a blue background. Seven circles for seven seas and continents. It looks nice, but it does have two downsides: it's a pretty complex design geometrically, and the blue-and-white colour scheme might be too Western. Yes, you probably think blue and white is lovely, but they are Western and Christian colours. Other regions of the world might prefer green, or red. 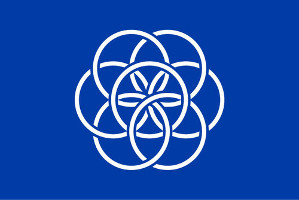 So we decided to try our own hands at designing a world flag that would be very simple and more universal - and while we were at it, we also tried making one for the solar system as a whole.

Two of my favourite flags are Greenland and Somalia, so it's perhaps not a surprise that the first design I suggested was a white circle on a light blue background: 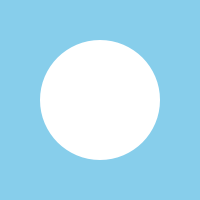 That was pretty enough, and simpler - we also decided to go for a 1:1 aspect ratio to make it a little different from most national flags. But it still used a blue-and-white colour scheme. 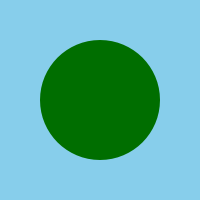 The same but with green instead of white fixed that, but looked rather muddy.

We finally settled on these two designs, which we like about equally much. The ring creates a boundary that lets us use more colours, and it also represents the planet's surface and atmosphere. Aesthetically, we both prefer the first one, but the second one may be more universally appealing - especially given that black is not a popular colour in flags at all. 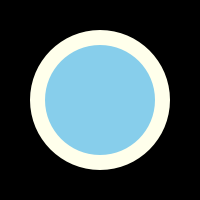 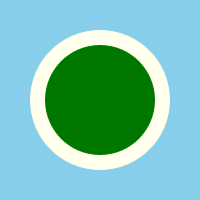 Next, we wanted to also design a flag for our solar system. For it to represent our particular one rather than any solar system, we felt it needed to include some details of what ours looks like. Our first attempt was a ten-stripe flag, with eight stripes representing the planets and one each for the asteroid belt and dwarf planets. 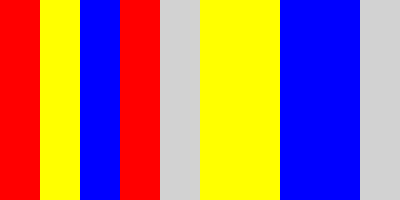 This ended up being just plain too complicated, so we started simplifying, ignoring the planets except for Earth and Jupiter. Why Jupiter? Because without its mass protecting the Earth from impacts, we'd be in rather worse shape! The first version was this simple tricolor of blue, yellow and black, for Earth, Jupiter and space. 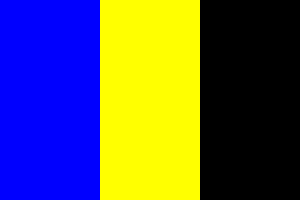 We then switched to trying out concentric designs like the Earth flag, and finally settled on this one, with the yellow circle representing Jupiter and the white one Earth: 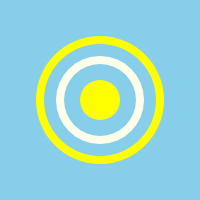 Finally, we also made the worst possible flag for Earth we could think of. We took a world map, got rid of some random islands that tend to get left off maps, rotated it to center on the US, cropped it, made it an eye-watering green-on-blue, and finally added a mis-spelled motto of highly awful origins. 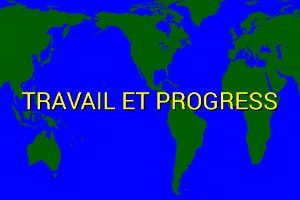